Japan, The Tower of Yokohama Landmark Japan, The Tower of Yokohama Landmark

The tallest building in the city, the highest viewing platform and the fastest elevator in the world – all this characterizes the Landmark Tower in Yokohama as one of the most modern skyscrapers in Japan. In addition, the tower not so long ago was still the tallest building in the world that was ever built on the island, but in 2003 the highest island skyscraper was Taiwan’s Taipei 101. 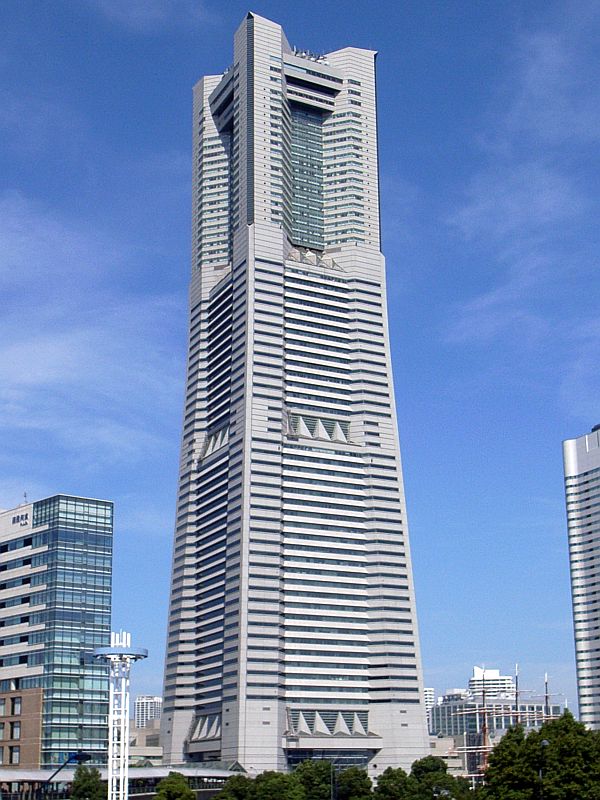 The tower is located in the area of ​​Minato Mirai 21 (or “Port of the Future of the 21st Century”), which is considered one of the most successfully developing areas of Yokohama and the business center of the city. Here are offices of major Japanese corporations, hotels, boutiques, entertainment and exhibition centers. Not far from the skyscraper is the Yokohama Museum of Art. The project of Minato Miray appeared in the 60s of the last century, and its foundation occurred in the 80’s. The Landmark Tower was erected in 1990-1993, its opening was timed to the tenth anniversary of the foundation of Minato Mirai. On the shore of the Yokohama Bay, a whole complex of skyscrapers appeared, with bulk work, rubble and other materials collected on the site of the ruins that remained after the devastating earthquake of 1923 were used. Skyscraper Landmark Tower Yokogama is a symbol of this area. Another name for the skyscraper is the Yokohama Reference Landmark.

The height of the building is 296 meters, it has 73 floors above the ground and three more underground ones. In Japan, this is the third tallest skyscraper. The lower 50 floors of the building are occupied by offices, shops, clinics and restaurants of various cuisines around the world. On the next 20 floors is a luxurious hotel, which has more than 600 rooms.

The 69th floor is occupied by the observation deck Sky Garden (“Heavenly Garden”) with a circular view, views of Yokohama and the Gulf visitors are observed from a height of 273 meters. At such a height lifts them, moving at a speed of 12.5 meters per second – you can drive from the first floor to the last in about 40 seconds. At the bottom of the building are the remains of the oldest stone dock in Japan, which is more than 120 years old and which was used to build merchant ships.