The name of Biya is also a small town at the foot of Mount Tokachi, and a nearby small pond that attracts tourists from all over the world with its unusual ultramarine color of water. “Blue” pond Biay is located on the left bank of the Bieigawa River on the island of Hokkaido.

It is noteworthy, but this pond is not of natural origin, but of artificial origin. After the eruption of the Tokachi volcano in 1988, the danger of a mudflow from the slopes of the mountain increased in the direction of the city. Therefore, it was decided to build a dam, the opening of which took place already next year. After its erection, the water began to accumulate in the forest, and thus a whole pond was formed. His appearance did not cause special questions, but the reasons for the unusual color of water, besides being able to change its color, remain a mystery for a quarter of a century. 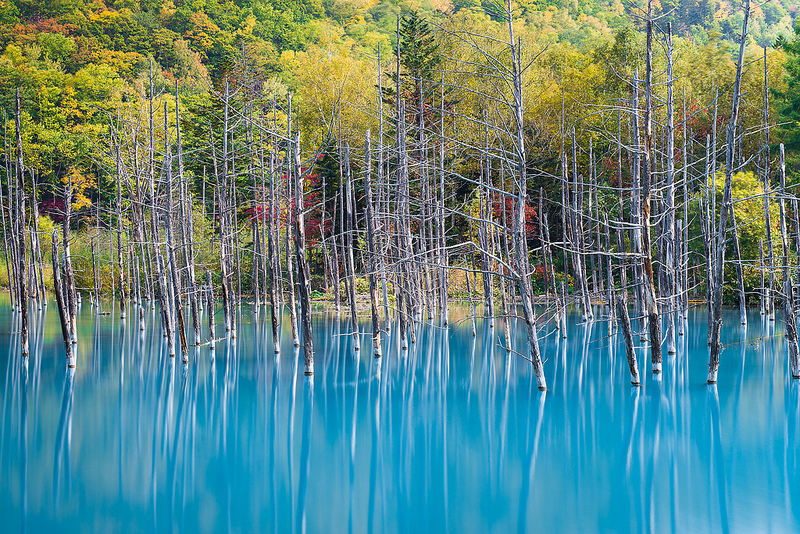 Scientists are trying to explain this unique phenomenon, and according to one of their versions, an unusual color is obtained by mixing water from thermal springs nearby, with the water of a river that is saturated with aluminum hydroxide. Due to impurities, the water in the pond reflects the sunlight and at different hours, when the sun’s rays fall on the water from different angles, it acquires different shades – from bright turquoise to greenish-gray. 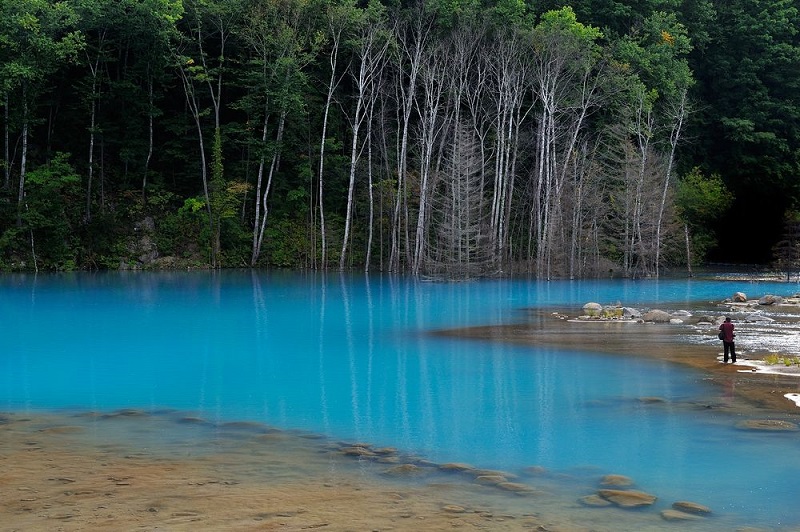 Mysteries of the pond are added and trunks of birch and larch, which stick out of the water over the entire area of ​​the reservoir. The size of the pond is small – it can be walked around in just half an hour. However, many photographers come here to catch the variable color of the water in the lens.

The popularity of the pond of Biya has grown after in 2012 Apple posted his photograph taken by photographer Kent Shiraishi in his new OS X Mountain Lion operating system. This photo shows how the first snow fell on the banks of the pond of Biei. In winter, the pond is no less attractive, because the turquoise color of the water shines through the thin crust of ice, and the trees sticking out of the water are covered with snow flakes.