Aqua Park “Ocean Dome” (Seagaia Ocean Dome) is recognized as the largest indoor water park in the world, this achievement is fixed in the Guinness Book of Records. Soon, the renewed water park should open after a long reconstruction, lasting for seven years. 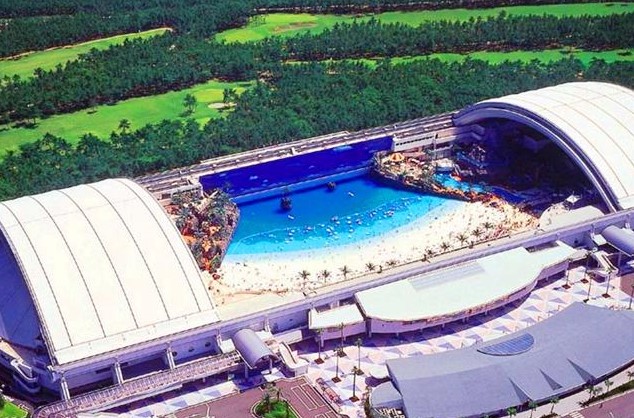 For all its grandeur, the water park turned out to be a loss-making project: in 2000 its debt amounted to 2.5 billion dollars. During the economic crisis it was sold, in 2002 the water park resumed its work, and in 2007 it was closed for reconstruction.

In the name of the water park used a combination of English words “sea” – the sea and “gaia” – Gaia, in ancient Greek mythology the goddess of the earth. The water park belongs to the Sheraton hotel chain and is part of the Seagaia Resort. The park is located on the ocean shore nearby (only about 300 meters away) with a natural beach, which is considered not so comfortable. 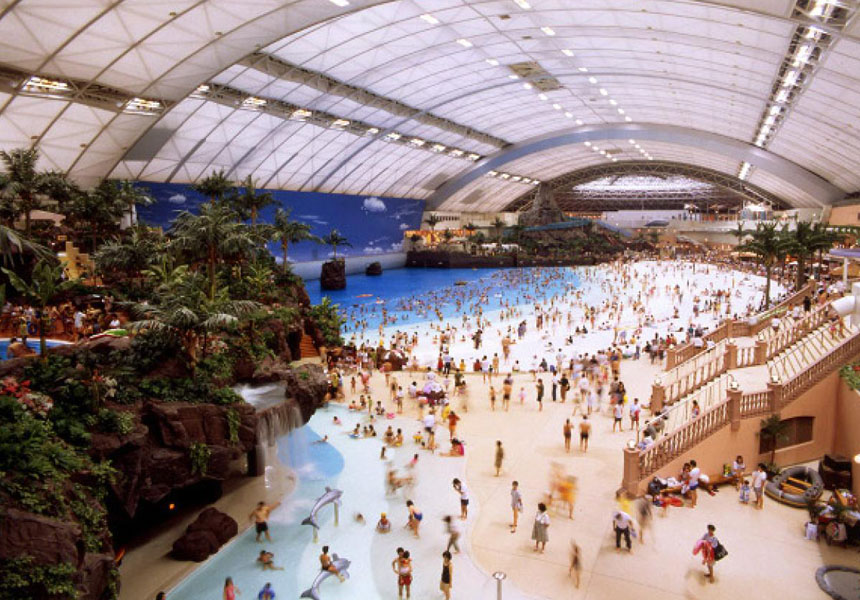 The water park was opened in 1993, the length of its dome is 300 meters, the width is -100, and the height is 38 meters. The area of ​​the complex is equal to the area of ​​six football fields, on this site can rest at the same time up to ten thousand people. In hot weather, the dome opened, and on cold days through the closed dome you could see the blue sky. Under the dome, the air temperature is maintained at 30 degrees, the water temperature was always 28 degrees. 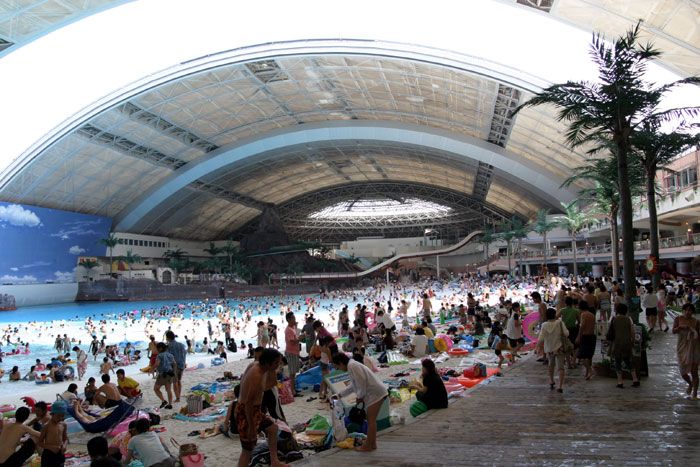 After the reconstruction, visitors will be able to see under the dome of the water park the real tropical jungle inhabited by parrots, two artificial volcanoes, spewing fire. Surfing fans will get a pool with artificial waves, and all the rest – fresh water pools, a beach with white sand and all kinds of water attractions – waterfalls, slides, jacuzzi and spa, as well as entertainment for children. In addition, a whole street of shops will open, the length of which is 85 meters.